Pieter made two CDs (Tracing and Vista) with the ‘Pieter de Mast Quintet’. He played with this quintet at jazz venues in the Netherlands (including the North Sea Jazz Festival), Belgium and Germany. As a player of multiple wind instruments, he also contributed to numerous theatre productions, musicals and CDs. He played or recorded together with Kris Goessens, Jozef Dumoulin, Perron 19, Sandip Bhattacharya ,Olaf Tarenskeen, Boudewijn de Groot, Karel Boehlee, Amina Figarova, Walter Bertram, Oene van Geel, Niti Ranjan Biswas, Bert van den Brink and many others. In 2004 he started the Windstreken ensemble. Besides being a performing musician and a teacher, Pieter de Mast is also an active composer. The Rotterdam Conservatory gave him the opportunity to study during half a year at the renowned Berklee College of Music in Boston, USA. For almost 25 years Pieter has been teaching at the Leiden Music School. Occasionally he taught flute-improvisation at the Rotterdam and Utrecht Conservatories.              www.pieterdemast.com          Soundcloud

Sebastiaan took organ and piano lessons from Evaristos Glassner, Jos van der Kooy and Leo Doeselaar. At the age of twelve he won the improvisation and interpretation award at the Competition for Young Organ Players in Amsterdam. He studied organ at the Hilversum Conservatory of Music and gave organ concerts together with other musicians, such as saxophone and clarinet player David Kweksilber. Since 1999, he has been the regular piano player of the Dutch/Argentinean tango ensemble Sexteto Canyengue led by Carel Kraayenhof.

Udo grew up in a family of music lovers and started playing the drums at the age of eight. He studied world music (drums and percussion) at the Conservatorium in Rotterdam (Rotterdam World Music Academy) and has been on study trips to Santiago de Cuba, Istanbul and Andalucía (Spain).  Since 1997 he has performed throughout Europe and collaborated on tours in Africa and Asia with various groups (flamenco, samba, afro, latin-jazz). His versatility and extraordinary musical talents have made him a percussionist in demand in the Netherlands and beyond. Find out more about Udo at www.udodemandt.com 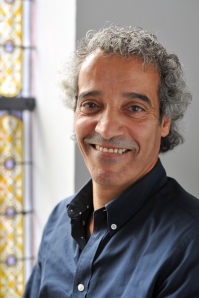 Kamal Hors grew up in Morocco but has been based in the Netherlands for many years. As well as playing the ud (the Arabic lute) and singing, he also plays the sentir, the guenbri and percussion instruments. In 1987 he was co-founder of the Weshm music ensemble and performed in Europe, Morocco, other North African countries and the Middle East. Over the years he has received many commissions for compositions for music projects and theatre plays, and he was involved in the production of several CDs. He also has given workshops on Arabic en Moroccan music in primary and secondary schools as well as universities. He has worked with several noted ensembles including the Scapino Ballet Rotterdam. Find out more about Kamal by visiting his website: www.kamalhors.nl 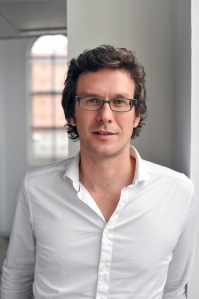 Jörg is an exciting avant-garde cellist who expands the boundaries of the violoncello in his very own way to great, astounding effect. He has found an unmistakably specific style with his unique approach using different playing-techniques unusual and unheard of for his instrument. These techniques range from guitar inspired, to groove orientated Bass-playing encompassing Upright and Electric bass. Combined with the tasteful use of electronics his unique approach has makes him a multifaceted player who is in featured in a number of highly regarded, successful and stylistically different bands and productions. Brinkmann has won several classical and jazz-concours. He plays with several jazz groups, chamber ensembles, crossover theater, dance productions, and is also frequently requested for pop. He has been invited to play in concert halls and festivals all over the world. Jörg has released over 15 records on various well known international music labels like ACT-Music, Jazzsick and Challenge Records.

Nicole is a classical singer who has lived in The Netherlands for 7 years. Born in Trinidad and raised in Canada, she specializes in chamber music, early music, and art song repertoire. She has sung with a variety of chamber ensembles, including The Harp Consort, and Concerto Copenhagen as well as performing in numerous concerts and solo recitals. She has recorded and performed internationally and in the Spring of 2014 she had her debut at the Royal Danish Opera as The Strawberry Woman in Gershwin’s ‘Porgy and Bess’. Find out more about Nicole at www.nicolejordan.info

Leonard Evers graduated with honours in composition and arranging with Paul van Brugge at Codarts Conservatory Rotterdam. In 2008 Evers composed ‘Wind’, for choir, percussion, wind instruments and breathing apparatus (from an Intensive Care Unit) for the opening of the new LUMC (Leiden University Medical Center) entrance. He also took part in the project Canons 2008 with his work “How fortunate …” for the ensemble de Ereprijs. Furthermore, Leonard has been composing and arranging for various ensembles and concert halls such as the Nederlands Kamerkoor, Orgelpark, Ricciotti Ensemble, het Gelders Orkest, Classic Clubnight of the Rotterdam Philharmonic Orchestra, Magogo Chamber Orchestra, Abbie de Quant & Remco Campert and the Royal Concertgebouw Orchestra. With ensemble Windstreken he composed for the well acclaimed cd Nouzha (*****Volkskrant). Furthermore Leonard likes to participate as composer in (youth)music theatre and film. This led to productions with Sonnevanck Youth Theatre in Enschede and Oorkaan in Amsterdam. With Aanpakfilm Leonard made several documentaries and films. Find out more about Leonard at www.leonardevers.nl